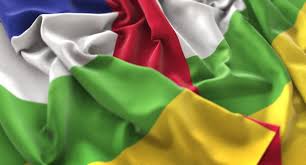 The Central African Republic (CAR) is classified as one of the world’s least developed countries, with an estimated annual per capita income of $547 PPP (2014).

Sparsely populated and landlocked, the nation is overwhelmingly agrarian. The vast bulk of the population engages in subsistence farming and 55% of the country’s GDP arises from agriculture. Subsistence agriculture, together with forestry, remains the backbone of the economy of the Central African Republic (CAR), with more than 70% of the population living in outlying areas.

Principal food crops include cassava, peanuts, sorghum, millet, maize, sesame, and plantains. Principal cash crops for export include cotton, coffee, and tobacco. Timber has accounted for about 16% of export earnings and the diamond industry for nearly 54%.

The country has rich but largely unexploited natural resources in the form of diamonds, gold, uranium, and other minerals. Diamonds constitute the most important export of the CAR, frequently accounting for 40-55% of export revenues, but an estimated 30-50% of the diamonds produced each year leave the country clandestinely. There may be petroleum deposits along the country’s northern border with Chad (Two billion barrels of oil are present in private estimates).

74 percent of the population in the Central African Republic works in the agriculture industry, so Central African Republic’s economy is dominated by the cultivation and sale of foodcrops such as yams, cassava, peanuts, maize, sorghum, millet, sesame, and plantains. The importance of foodcrops over exported cash crops is illustrated by the fact that the total production of cassava, the staple food of most Central Africans, ranges between c. 200,000 and 300,000 tons a year, while the production of cotton, the principal exported cash crop, ranges from c. 25,000 to 45,000 tons a year.

The financial sector of the CAR, the smallest in the CEMAC, plays a limited role in supporting economic growth. Suffering from weak market infrastructure and legal and judicial frameworks, the financial system remains small, undeveloped, and dominated by commercial banks. Because of economic and security concerns, financial institutions, and particularly microfinance institutions (MFIs), have consolidated their business in the capital, Bangui, over the past few years.

Fishing is carried on extensively along the rivers, but most of the catch is sold or bartered on the Democratic Republic of the Congo(DRC) side of the Ubangi River.