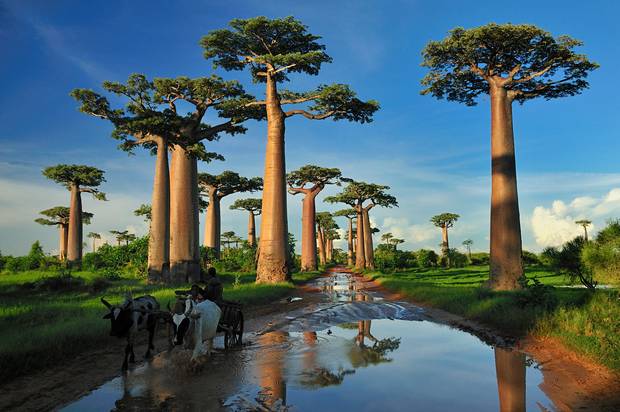 In its place emerged the Democratic Republic of Madagascar, 1975 – 1992, that was initially run along Marxist lines by Didier Ratsiraka, the country’s fourth president. While the turn to socialism and the Soviet Union that resulted was perhaps a triumph for anti-colonialist sentiment in Madagascar, the resulting economic chaos was calamitous and forced Ratsiraka to later seek out aid from the International Monetary Fund.

Ratsiraka was able to hold together his rickety regime until 1992 when popular demonstrations forced him to accede to democratization demands from increasingly vocal opposition parties. This, in turn, led to the creation of the Third Republic and the institution of free-and-fair democratic elections. For a time, prosperity returned and under President Marc Ravalomanana, 2002 – 2009 the island experienced several years of high growth that placed the country amongst the most quickly growing in all of Africa. Coupled with tough new anti-corruption measures and a dedication to environmental stewardship, the future looked bright.

Political instability, however, returned when the increasingly unpopular Ravalomanana, whose election in 2001 was not without controversy, was removed from office in a popular uprising after he was accused of corruption, authoritarian tendencies, and selling out Madagascar to foreign corporations. Naturally, economic growth suffered accordingly and the country has been struggling to recoup its losses as the political system, for the time being, remains in limbo.

Given all this, what are business conditions like in Madagascar? According to the World Bank, Madagascar currently ranks 140 out of 183 countries on its Ease of Doing Business Index – a measure created by the bank to gauge the degree to which commercial enterprises encounter regulatory hurdles, legal threats to property, and the time and money spent on things such as registering a business, ensuring right of title to property, and acquiring licenses. By way of comparison, the United States ranks 4th on ease of doing business, right after Singapore, Hong Kong, and New Zealand

Madagascar has a tremendous natural potential, but the poor-quality and costly infrastructure (roads, electricity, telecommunications, ports and air freight), limited access to credit and financial instruments as well as the poor definition of property titles are all barriers to investment. Political instability has become another major barrier, which has blocked all public investment and provoked the departure of many investors. In terms of its business climate, Madagascar ranked 162nd out of 190 economies in the 2018 Doing Business report published by the World Bank (5 spots higher compared to 2017). Corruption remains a problem, with Madagascar being ranked 155th (out of 180 countries) in the 2018 Transparency International report.