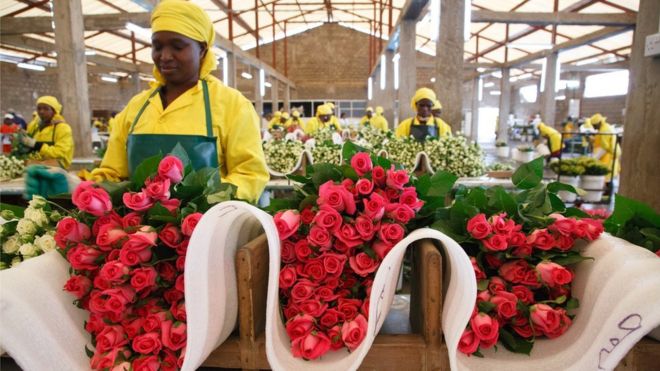 Kenya has gained twelve places in the 2018 Doing Business report by coming in at the 80th  position, compared to the 2017 report when it was ranked 92nd.

The improvements are driven by the government and the private sector in the business environment.  In 2017 Kenya delivered the highest number of business-related reforms on the African continent.

In fact, Kenya has gained 53 positions over the last three years.  The country’s position in the 2018 Doing Business report remains its best performance in the last fifteen years.  To put into perspective, Kenya was ranked 113th in 2016.

Because the Kenyan government, in addition to the private sector, wants to be in the top 50 countries by the year 2020, Kenya is working hard to facilitate the process of creating and doing business in different economic sectors.  The 2018 report states that Kenya has improved the reliability of electricity by investing in its distribution lines and transformers.  Additionally they have also created a power station that restores power when necessary.  This improvement has also helped to give easier access to credit information, through the positive involvement of banking institutions.

Moreover, Kenyan authorities have made the process of paying taxes easier by creating an online service, iTAX.  This provides people with the opportunity to fill in and pay corporate income taxes online.  Instead of moving from one place to another to collect different documents, the country has also started a company that offers a “single window”.  This decreases the amount of time that it takes to collect necessary documents.

Agriculture remains the backbone of Kenya’s economy and central to Kenya’s development strategy. It accounts for more than 25% of GDP and is the largest employer with more than 70% of Kenyans earning at least part of their income in the sector.

Although Kenya is the most industrially developed country in East Africa, manufacturing accounts for only 10% of GDP. Key exports such as tea, coffee and floriculture require little or no processing. Although Kenya’s mineral resources are limited, the country has a potentially important source of high-value mineral commodities such as titanium and gold. The construction and real estate sector is one of the fastest growing sectors in Kenya, growing at 14% in 2015. The growth is generally attributed to government investment in public infrastructure development projects as well as the real estate sector. The government is placing a high priority on implementation of mega infrastructure projects (road, rail, energy, port and airport modernization).

The technology sector is also one of the fastest growing business sectors in Kenya, and internet access rates are some of the highest in sub-Saharan Africa. The rise of 4G and 4G LTE services and the growth in smartphone usage is influencing growth in e-commerce and other e-based services and innovation.

The tourism sector in Kenya is one of the most diverse in East Africa with increased investments in conference, eco and leisure tourism. Tourist arrivals increased 12% in 2016 and sector earnings grew by 17% to approximately $1 billion. This increase, coupled with investments in new hotel space and Kenya Airways’ continued dominance in the region, could see tourism continue to grow.

Nairobi is the transportation hub of Eastern and Central Africa and the largest city between Cairo and Johannesburg. The Port of Mombasa is the most important deep-water port in the region, supplying the shipping needs of more than a dozen countries.