East Africa is a region overflowing with potential – from agriculture to mining to tourism to energy – investment opportunities abound. With the aim of harnessing this potential to promote economic growth and development in the region, the five partner States of the East African Community have agreed to co-operate in the areas of Investment and Industrial Development, as outlined in the EAC Treaty.

This co-operation seeks to, among others, rationalise investments and the full use of established industries so as to promote efficiency in production with a view to promoting the Community as a single investment area.

With a population of more than 130 million, East Africa boasts one of the largest single-bloc regional markets in Africa. This market is made even bigger by a series of mutually East Africabeneficial partnerships with regional blocs such as COMESA and SADC, boasting a combined population well over 400 million. The EAC also has in place a fully-fledged Customs Union.

The membe countries of EAC are working towards the transformation of the manufacturing sector through high value addition and product diversification based on comparative and competitive advantages of the region. 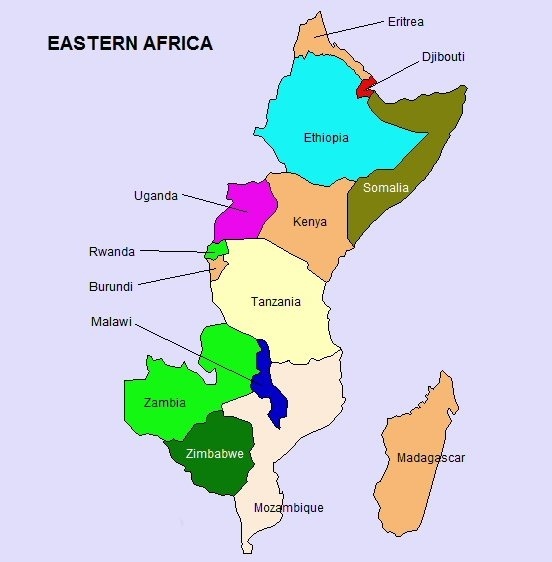 An added incentive for investors and business people is the fact that EAC members also qualify for duty-free access to the US market under the African Growth and Opportunity Act (AGOA), as well as EU’s Everything But Arms (EBA) initiative, under which all products from LDCs except arms and ammunitions have preferential access to the EU market.

That should be pure music to the ears of any prospective investor, as should the news of the ready availability of a young, skilled and enterprising labour force. And something more yet; a host of generous incentives are on offer.
But what would opportunity be without strategic government support that provides for the kind of macroeconomic stability that ensures businesses flourish?

Since the 1980s, the EAC countries have undertaken comprehensive economic reforms aimed at reducing direct government intervention in the economy and stimulating the growth of the private sector, recognised as the engine of economic growth.

These reforms, implemented in the form of structural adjustment programmes, have enabled the private sector to thrive.

Such reforms have naturally included the liberalisation of the respective financial sectors, meaning all EAC countries boast floating exchange-rate regimes today.
Furthermore, all EAC member states are engaged in the privatisation of major government corporations.

A single market has many benefits. With full freedom of movement for all the factors of production between the member countries, the factors of production become more efficiently allocated, further increasing productivity.
For both business within the market and consumers, a single market is a very competitive environment, making the existence of monopolies more difficult. This means that inefficient companies will suffer a loss of market share and may have to close down. However, efficient firms can benefit from economies of scale, increased competitiveness and lower costs, as well as expect profitability to be a result.
East African businessConsumers are benefited by the single market in the sense that the competitive environment brings them cheaper products, more efficient providers of products and also increased choice of products.

What is more, businesses in competition will innovate to create new products; another benefit for consumers.
Other benefits include common and coordinated policies that increase efficiency especially in those countries that are behind in their instituting good policies. In addition the common regulatory regime and frameworks ensure that best practice within the regional framework is not only in place but adhered to. The closeness of market “single” ensure that good procedures are instituted and practiced and thus creates a kind of seamless market.
In addition, by being in common market and practising common policies countries in the trading bloc become their “brothers’ keepers” and therefore create a system of surveillance upon one. This in a way creates an efficient bloc that will operate in a higher indifference curve in consumption and efficient production curve.