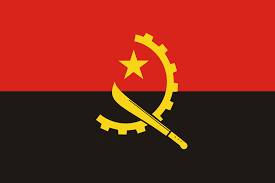 Angola has become one of the most interesting countries to do business in sub-Saharan Africa. Only 12 years ago, on February 22, 2002 , the assassination of Jonas Savimbi (Leader of UNITA, main opposition party) put an end to 27 years of civil war in Angola , ensuring the long-awaited peace and leaving a country in need (and desire) of everything. Key infrastructure had been destroyed, and so was the industrial sector, except for the oil sector. Since then, it began a process of rebuilding the country and unparalleled economic growth, mainly driven by the vast natural wealth of the country (mainly oil, but also diamonds, minerals, timber and other natural resources).

Angola is one of the fastest growing economies in Africa. The market offers excellent business opportunities across-the-board for existing and future investors. However, the business environment surrounding the market is challenging.

Companies who intend to invest in Angola have to consider several aspects such as high costs, slow payment, lack of capacity, complex bureaucracy, ineffective communications network, language barriers and cultural norms and customs.

Identifying key stakeholders early on and establishing strong relationships with good and reliable partners will be a substantial part of any effective market entry strategy, and will enable you to develop an understanding of the market, particularly with regulations that are specific to Angola.

There remain many challenges when doing business in Angola, including a lack of infrastructure, bureaucracy, high costs and a lack of human resources. Nevertheless, with its rich natural resources, a growing economy and infrastructure development projects, there are many opportunities for expats seeking to do business in this African country.

The oil and gas sectors still dominate the Angolan business world. However, the government is keen to diversify the economy and sectors like education and training, construction, financial services and agriculture also offer opportunities.

Although the government has worked hard to eliminate corruption, it remains a persistent problem and the country continues to rank low on Transparency International’s Corruption Perceptions Index.

The difficulties of doing business in Angola are reflected in its poor ranking in the World Bank’s 2017 Ease of Doing Business Survey, where it was placed at 182 out of 190 countries surveyed. It was ranked at 186 for enforcing contracts, while other factors in which the country was ranked particularly badly included trading across borders (183) and getting credit (181).