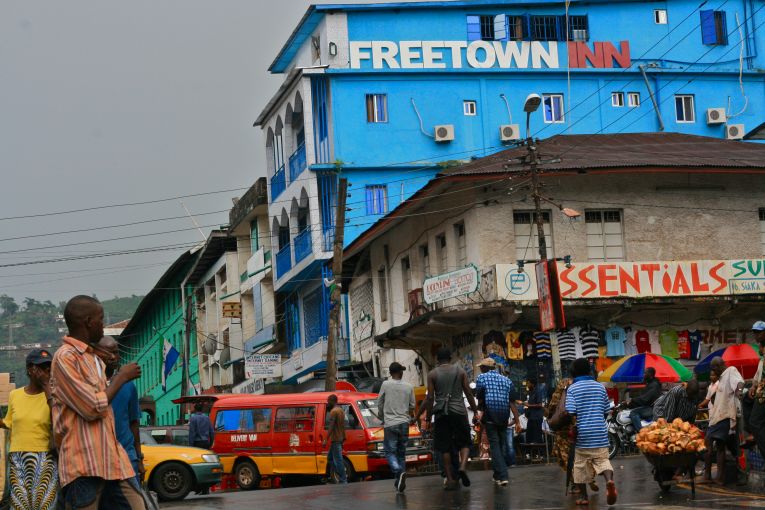 Sierra Leone, originally ’Sierra de Lyoa’ meaning ’Lion Mountains’, is a country roughly the size of Wales on the west coast of Africa. To the north and west is Guinea. To the southeast is Liberia.

Approximately one third of the 7m population live in the capital, Freetown and the surrounding western area peninsula. Freetown is serviced by Lungi International Airport (most commonly reached by boat transfer).

Pre-Ebola the economy was expanding significantly (particularly on the back of mineral extraction) with growth at 20% in 2013. Steady growth continued in 2014 until the combination of falling commodities prices (iron ore was Sierra Leone’s major export commodity) and the Ebola outbreak saw the country’s rate of growth fall to 6%. The economy contracted by around 21.5% in 2015. Despite recovery growth is down (to 3.5% in 2018).

The economy remains relatively small ($3.82bn in 2018) and heavily dependent on donor aid; revenues from the extractives sector is significantly lower due to the suspension of iron ore mining. Potential offshore oil presents a longer-term commercial opportunity for Sierra Leone, if managed correctly. The IMF estimate growth in 2018 as 3.5%. The local currency (the Leone) had depreciated by 2% over 2017.

Sierra Leone has significant natural wealth, boasting Africa’s largest natural harbour, considerable mineral deposits, and significant renewable energy potential. The majority of the land is arable and benefits from plentiful rainfall and sunlight. The country’s 400km of coastline is home to vast fishing resources, including many premium species.

However, Sierra Leone was ranked 160 out of 190 economies in the World Bank Doing Business 2018 survey (economies are ranked on their ease of doing business, a high ease of doing business ranking means the regulatory environment is more conducive to the starting and operation of a local firm). This places Sierra Leone below Guinea (153), Ghana (120) and Senegal (140) but above Guinea-Bissau (176) and Liberia (172) in the region. Sierra Leone ranks 130nd out of 137 in the latest World Economic Forum’s Global Competitiveness Report 2017-18.

More information on the investment opportunities available can be found in Sierra Leone: an Investor Guide (published by Herbert Smith Freehills in 2015, updated in March 2017).