If you look at Europe, it is forecasted that the continent will have zero per cent economic West Africa Mapgrowth over the next two years. If you look at the United States, it is quite clear from the data that is coming out that the US economy is soft and the world’s biggest consumer market, is going to slow global exports and trade volumes.

On the other hand, Europe, traditionally a significant export market, is going to bring new challenges because people are going to start buying cheaper products to compensate for their weakening spending power.

In Africa, on the other hand, there is a new economic growth happening. In Cameroon, for instance, during 2009 when the global financial crisis hit, imports into the country actually increased.
Moreover, there is an oil boom happening on the west coast of Africa. There is also a commodity boom that is developing where primary goods are being exported out of the continent, mostly into India and China. All these developments, coupled with the democratic dividend, make doing business with West African countries a win-win proposition. 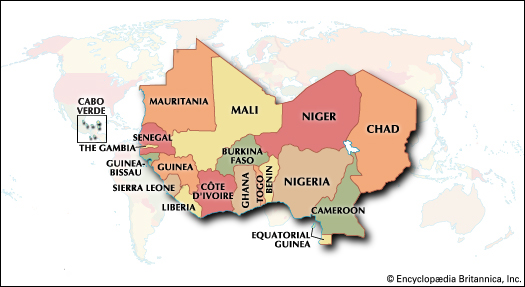 South Africa has emerged as a springboard into the west coast of Africa, from Namibia and Angola, right up to Nigeria, and then cutting across to Ghana, Cote d’Ivoire, Senegal and even Sierra Leone. There is a natural linkage in these growing economies and the rest of the continent. As these economies expand and their middle classes grow, there will be a shift for consumer products.
There are a number of products that are in demand in the West African markets. Petroleum by-products like synthetics, lubricants, etc. have a ready market in West Africa.

On the building materials side, the infrastructure development happening in these African countries holds potential for the export of products such as steel, cement and metal pipes. Looking at food products, there are huge opportunities. We’ve already seen a spike in the exports of wine and spirits.

There is also a demand for some of the clothing and garments, such as shoes and high-end apparel.
Another opportunity would be to export services to these countries such as software applications. And then also in some of West Africa’s bigger cities they are facing some serious environmental problems, and they are looking for support and services such as water management and dealing with the impacts of climate change.

West AfricaFrom an operating platform, you have to look at what’s happening in the individual economies. West Africa’s oil & gas sector has just taken off. If you look at the global dock yards that build and service oil rigs – there are only three of them in the world, based in Aberdeen, Houston and Singapore. Now they don’t have enough space to service the new rigs, so developing service centres for them is a an excellent investment opportunity. The rule of thumb is when a rig enters a port for six to eight weeks they contribute about US$29 million to its current account.

Then if you look at some of the supply chains, there are new supply chains that are developing in South Africa to the west coast of Africa. A German shipping line and a Scandinavian shipping company has recently set-up operations in the Western Cape. Using smaller ships, they are doing shorter runs into Africa. DHL has also relocated its Sub-Saharan Africa head office from Johannesburg to Cape Town.

“Governance and growth rates have improved to the point where Africa has been the fastest growing region of the world for some years. Inflation has dropped, fiscal policy has improved and investment returns have increased,” says Tom Cargill, Chatham House’s Africa programme assistant director. “Yet while conventional wisdom is that recent growth has been largely driven by higher commodity prices, there is much evidence that increased consumption has played a central role, driven by and further driving the emergence in many African countries of a more assertive middle class with disposable wealth and an appetite for consumer goods,” he says.

There are people who have picked-up on the opportunities in West Africa, have done their homework and already doing business. People are starting to realise that it is easier to do business in Africa than in India or China. The market access into India is extremely difficult. Market access into China is not that difficult, but it is an extremely crowded space. Africa is that one environment where it is a lot easier to establish the contact and get the trade flow going.

The countries of West Africa have a population of 245 million. About 65 percent of them live in rural areas.

The average yearly income for each person in West Africa is $309. The region’s economic growth has averaged only 2.5 percent during the past three years while its population has been growing by 2.2 percent a year. It is estimated that economic growth of about 6-7 percent a year would be required to meet the goal of cutting extreme poverty in half by 2015.