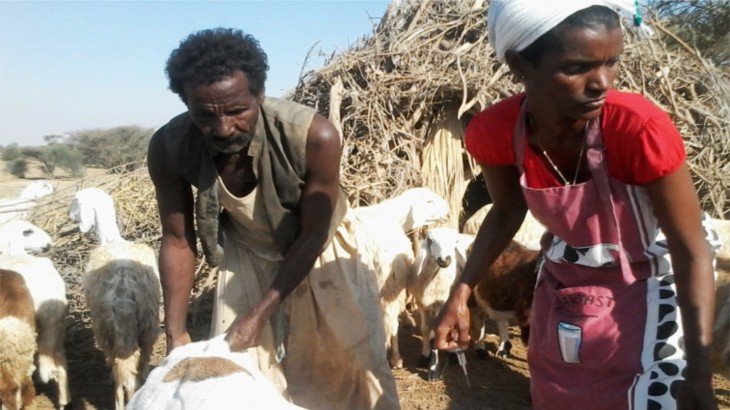 Eritrea is ranked 189th out of 190 countries in the World Bank’s 2018 Ease of Doing Business Report. It also suffers from endemic corruption, ranking 165th out of 180 countries in Transparency International’s 2017 Corruption Perceptions Index.

The current political-economic system provides little indication it has the legal framework to accommodate the operations of international shipping, port management, and logistics industries necessary to take full advantage of the economic opportunities provided by the warming of ties with Ethiopia.

However, the biggest hurdle to reshaping the landscape of shipping in the Horn of Africa lies in the nature of Eritrea’s political and economic system. There are positive signs for potential port investment in the country, with reports Saudi Arabia and the UAE may be willing to invest. However, Eritrea has a horrendous business environment for private firms, both domestic and foreign.

While Djibouti’s comparative advantage may be relatively secure, Eritrea’s renewed relations with Ethiopia may pose an economic challenge to other parts of the Horn of Africa hoping to capitalize on Ethiopia’s growing trade. These include anchorages like Berbera, Lamu, and Port Sudan, which had been the targets of Ethiopia’s efforts to diversify its trade outlets. DP World and local authorities recently dropped their planned investment in the port of Berbera by 23 percent. This investment in port capacity is 19 percent owned by Ethiopia, includes the construction of a road from the port to Ethiopia, and is aimed at serving the Ethiopian import-export market. The new port developments in Lamu, Kenya, and Port Sudan (Ethiopia has made financial commitments to the development of both ports) are also potential alternatives, though their ability to capitalize on growing Ethiopian trade may now be compromised by the potential of Eritrean ports due to their relative distance.

Eritrea’s economy slowed more sharply than expected due to dwindling economic activities and poor weather conditions that adversely affected agricultural productivity. Real GDP growth declined to an estimated 3.4% in 2017, from 3.8% in 2016, and is projected to remain between 3.7% and 3.8% over the medium term. GDP growth in 2016 and 2017 was driven largely by investment at the Bisha mine. Agriculture, which accounts for 17.2% of GDP, provides most of the population with a livelihood and accounts for about 44% of commodity exports. Over the medium term, the government sees further prospects in improved food production due to investment in masonry dams, additional mining activities, growth in services, and fisheries development.

The overall budget deficit (after grants) continued its downward trend. The budget deficit declined to an estimated 13.8% of GDP in 2017, from 14% in 2016, and is projected to drop to 12.4% in 2019. The country’s access to more grants and concessional resources, increasing revenue from mining projects, and control of unproductive expenditures are the main drivers of the decline. Inflation remained at an estimated 9% in 2017, driven by insufficient food supply and scarce foreign currency to finance imports of essential goods. Monetary policy has been geared to maintaining price stability. The broad money supply decreased from 17.5% of GDP in 2010 to 14.3% in 2014. The drop was attributable to the government’s pursuit of fiscal consolidation and reduction of nonconcessional loans. Public debt was estimated at 105.8% of GDP in 2015, 3 percentage points lower than in 2013. External debt to official creditors, which declined from 41% of GDP in 2010 to 21.9% in 2014, remains above the Sub-Saharan Africa average of 10.5%.

Low commodity prices for traditional gold and copper exports remain an ongoing challenge. The recent discovery of new gold deposits in commercial quantities will drive medium-term growth. However, weaker global prices for the minerals have provided the government with the opportunity to diversify its economy. Agriculture accounts for about 80% of employment in the rural economy. The government launched an Agriculture Development Agenda that focuses on agricultural value chains and the application of improved inputs to transform the sector. In energy, development partners, particularly the European Union, are investing in renewable energy. The government and the United Nations Development Programme are piloting a wind farm with capacity of 750 kilowatts in the port city of Assab to improve the electricity supply. The diesel power plant in Assab saves $730,000 a year in diesel costs. In transport, the main corridor from Asmara to the ports of Massawa and Assab is being rehabilitated.

The unresolved border issue between Eritrea and Ethiopia as pointed out above, as well as the continued isolation of Eritrea by the international community, has forced the government to adopt inward-looking policies. This situation has hindered regional development in the Horn of Africa. The country’s unattractive business environment, highlighted by its ranking of 189 out of 190 in the World Bank’s 2018 Doing Business report, continues to discourage investment. Eritrea also faces a serious skills gap due to the poor quality of education infrastructure. These problems continue to jeopardize human capital development, thereby constraining long-term inclusive and sustainable economic growth. The dependence on primary commodity exports and imports of food and petroleum products makes the country extremely vulnerable to external shocks.