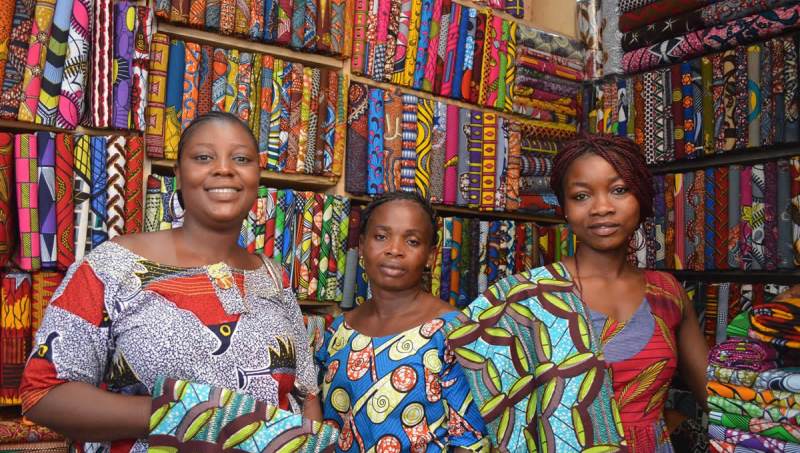 Togo’s economic freedom score is 47.8, making its economy the 168th freest in the 2018 Index. Its overall score has decreased by 5.4 points, with very steep declines in fiscal health and judicial effectiveness overwhelming a higher score for the investment freedom indicator. Togo is ranked 41st among 47 countries in the Sub-Saharan Africa region, and its overall score is below the regional and world averages.

Political stability and government efforts to modernize the banking, electricity, and transportation sectors and other commercial infrastructure have enabled Togo to enjoy a period of steady growth. Corporate taxes have been cut and some public enterprises divested. However, an inefficient business environment and weak public administration continue to undermine overall competitiveness and drive a significant portion of economic activity into the informal sector. Foreign direct investment is allowed only in certain sectors, and regulatory and judicial systems are vulnerable to corruption and political interference.

The country’s economy depends on the agriculture (mainly coffee, cocoa, and cotton). Agriculture activity represents about 40% of GDP (comprises 50% of the country’s export earnings) and employs 70% of the population. The livestock sector remains undeveloped. Phosphate exporting is an important source of revenue for the country. Togo is extremely poor. It was ranked 143 of 177 countries in the 2004 UNDP Human Development Index. Life expectancy at birth is under 50 years, and other social development indicators remain low.

Togo has an increasing pool of qualified university graduates, many of whom cannot find employment in their field, and a sizeable population of unskilled workers. There are shortages of workers with intermediate technical skills and practical experience.

Commerce is the most important economic activity in Togo after agriculture. Lome is an important regional trading center. Its deep water port operates 24 hours a day, mainly transporting goods to the inland countries of Mali, Burkina Faso, and Niger. Lome’s “Grand Marche” is known for its entrepreneurial market women, who have a stronghold on many areas of trade, notably in African cloth. In addition to textiles, Togo is an important center for re-export of alcohol, cigarettes, perfume, and used automobiles to neighboring countries. Political instability during the last decade has, however, eroded Togo’s position as a trading center.

Subsistence agriculture and commerce are the main economic activities in Togo; the majority of the population depends on subsistence agriculture. Food and cash crop production employs the majority of the labor force and contributes about 47% to the gross domestic product (GDP). Coffee and cocoa are traditionally the major cash crops for export. Despite insufficient rainfall in some areas, the Togolese Government has achieved its goal of self-sufficiency in food crops–corn, cassava, yams, sorghum, millet, and groundnut. Small and medium-sized farms produce most of the food crop; farms range in size from one to three hectares.

The vagaries of the climate are the most important constraint on agriculture. Togo has excellent agricultural potential. Only about one sixth of the cultivable land is currently exploited. Virtually all agriculture is rainfed although the building of dams will greatly improve irrigation opportunties. Agriculture, which supports the vast majority of the population (and makes up 43% of the GDP) has suffered in recent years due to adverse climatic conditions. Togo’s climate varies from tropical to savanna. The main climate risks facing Togo are violent winds, coastal erosion, poor distribution of rain, and late rains, with flooding and drought remaining the greatest threats.

Heavy demographic pressure is straining Togo’s agricultural systems and the ability of the land to regenerate itself. Traditional farming practices cannot meet the needs of the increasing population, nor do these practices address the problem of soil degradation. Togo’s forests are being depleted, while demand for wood products is increasing. Crop residues, a precious organic fertilizer for tropical soils, are no longer left on the land, but are used as alternative fuels.

Cotton production is an agricultural success story. Cotton cultivation increased rapidly in the 1990s, with 173,000 metric tons produced in 1999. After a disastrous harvest in 2001 (113,000 metric tons), production rebounded to 168,000 metric tons in 2002. However, cotton exports have plummeted in recent years due to arrears in payments to farmers, low cotton prices, and poor weather conditions; many cotton farmers have switched to other crops. As of December 2007, the Togolese Government had paid back all arrears to cotton farmers, and the industry is recovering slowly.

Cotton is now Togo’s main export crop and brings in more than coffee and cocoa combined, and only around half the crop is exported as the rest is used to satisfy domestic demand. Production jumped from 7,000 tons in 1978 to around 60,000 tons in the mid 1980s, despite the severe droughts of 1982-83.

In the industrial sector, phosphates are Togo’s most important commodity. The country has an estimated 60 million metric tons of phosphate reserves. Phosphates were first mined in Togo in the early 1950s when the Compagnie Togolaise des Mines du Benin (CTMB) began exploiting a 130 million ton reserve of high grade phosphate in the environs of Hahoto and Kpagam near Lake Togo. The boom in phosphate prices in 1973-74 briefly transformed Togo’s foreign exchange earnings profile, prompting the government’s ill advised crash industrialization program. The ensuing slump when phosphate production dropped from 2.6 million tons to 1.1 million tons in 1975 set the scene for the 1979 debt crisis. Production recovered to 3 million tpy in 1979 but prices remained depressed – around half their 1974 levels.

By 1990 Togo was the world’s fifth most important calcium phosphate producer and phosphates were its biggest foreign exchange earner. Reserves at current production levels should be good for another 40 years and as extraction and production costs are amongst the lowest in Africa. In 2011, mining accounted for about 2.8% of Togo’s gross domestic product, and Togo was ranked 19th among the world’s leading producers of phosphate rock, by volume.

From a high point of 2.7 million tons in 1997, production dropped to approximately 800,000 tons in 2007. The fall in production is partly the result of the depletion of easily accessible deposits and the lack of funds for new investment. The formerly state-run company benefited from private management, which took over in 2001, but the phosphate industry has all but collapsed in recent years. The International Monetary Fund (IMF) recommended a financial and strategic audit of the sector and that the government seek a new investor to take over. In September 2007 the government obtained a loan from the Islamic Development Bank to inject into the sector. The company produced 1.5 million tons of phosphates in 2009. Togo also has substantial limestone and marble deposits; limestone is becoming an increasingly important export.

Between 1965-80 GDP grew at an average annual rate of 4.5% (comfortably ahead of 3% average annual population growth rates) before declining to 0.5% between 1981-1987 and effectively wiping out the per caput GDP gains made in the earlier period. The main reasons for the decline were drought in 1983-84, low phosphate output, domestic austerity and the slump in the transhipment trade to Nigeria and Ghana. However, there were wide annual variations in these figures. With the end of a prolonged drought in 1984 the economy expanded 5.5% but growth trailed off to 1.4% in 1987. Since 1987 the economy has picked up after an accelerated reform program was put in place in 1988. In that year growth rebounded to 4.7% (largely because of an improvement in phosphate prices), before declining to 4% in 1989.

After years of relative economic underperformance, Togo recently has implemented various reforms to make the country more attractive to foreign investment. Foreign investment has increased over the last few years, signaling rising investor confidence and highlighting Togo’s emergence from years of political and economic isolation. To complement its business reforms, Togo continued its ambitious plan of infrastructure modernization to develop and leverage Lomé’s position as a regional trading center and transport hub. Togo has also completed hundreds of kilometers of refurbished roadways, expanded and modernized of the Port of Lomé, and made significant progress on a new international airport terminal that would open for business in 2016.

Challenges remain, however, for improving the business climate for the private sector. This is particularly true in such important areas as administrative and judicial transparency and efficacy, property rights, and banking services. Corruption also remains a common problem in Togo, especially for businesses. Often, “donations” or “gratuities” result in shorter delays for obtaining registrations, permits, and licenses, thus resulting in a competitive advantage for companies that are willing and able to engage in such practices. Although Togo has government bodies charged with combatting corruption, corruption-related charges are rarely brought or prosecuted.

State-owned enterprises (SOEs) control or compete in the cotton, telecommunications, banking, utilities, phosphate, and grain-purchasing markets. Togo has privatized the cement and clinker sectors and intends to move in the same direction with the carbonated phosphate sector in the near future. Togo is working to modernize the mining code, and has made initial steps towards awarding a massive carbonated phosphate contract to a private consortium, thus potentially divesting itself of a significant interest in a sector it presently monopolizes via the state-owned New Phosphate Company of Togo (SNPT).

Over the decade 2005-2015, the government privatized approximately one-third of more than 70 para-statals planned for sale. Historic political uncertainty and the traditionally slow pace of reform have both contributed to the erratic nature of privatization of government-owned enterprises. The privatization process for Togo Telecom was suspended because of the government’s reluctance to privatize this profitable sector. In May 2007, the government created a state company, the Societé Nouvelle des Phosphates du Togo (SNPT), to replace the old phosphate company that was privatized in 2002. The privatized phosphate company went bankrupt. The volumes of phosphates mined have declined in recent years, mainly due to depletion of readily accessible reserves.

Togo has a fairly good communications system. A telephone system links all the regional and district capitals, and these lines are fairly reliable (except during the rainy season, when breakdowns do happen). The telephone systems in Lomé and within other urban areas are reliable.

When bilateral donors cut off assistance to Togo in the early 1990s as a result of the regime’s poor democracy and human rights performance, the country was unable to service its debts to multilateral lenders, who ceased their programs as a result. As part of the Government of Togo’s strategy to address donor concerns, in 2006 it undertook discussions with the IMF toward the resumption of a country program. Togo successfully completed an IMF Staff-Monitored Program in mid-2007, and the IMF resumed aid through a Poverty Reduction and Growth Facility arrangement. After the successful legislative elections in October 2007, missions from the EU, IMF, and World Bank visited Togo to assess the financial state of the country.

The EU, immediately after the elections, reinitiated assistance with a grant of 26 million Euros to be used for urban development and democracy projects. The World Bank forgave $135 million in arrears in February 2008 and re-engaged with Togo in May. The African Development Bank followed suit in July 2008 by forgiving $24 million in arrears. Togo developed an interim poverty reduction and growth strategy paper in April 2008, which, after another successful evaluation in October 2008, led to the decision that Togo qualified for Heavily Indebted Poor Country debt relief. The EU provided an additional $22 million for direct budget relief in 2009 and provided $12 million to finance the presidential election.

Togo is one of 16 members of the Economic Community of West African States (ECOWAS). The ECOWAS development fund is based in Lome. Togo also is a member of the West African Economic and Monetary Union (UEMOA), which groups eight West African countries using the CFA franc; the eight countries are Benin, Burkina Faso, Cote d’Ivoire, Guinea-Bissau, Mali, Niger, Senegal, and Togo. The West African Development Bank (BOAD), which is associated with UEMOA, is based in Lome. ECOBANK, a pan-African private bank, also has its headquarters in Lome. Togo long served as a regional banking center, but that position has been eroded by the political instability and economic downturn of the early 1990s. Historically, France has been Togo’s principal trading partner, although other European Union countries are important to Togo’s economy.