Home » Whats new? » How Africa is Leading the Drone Industry 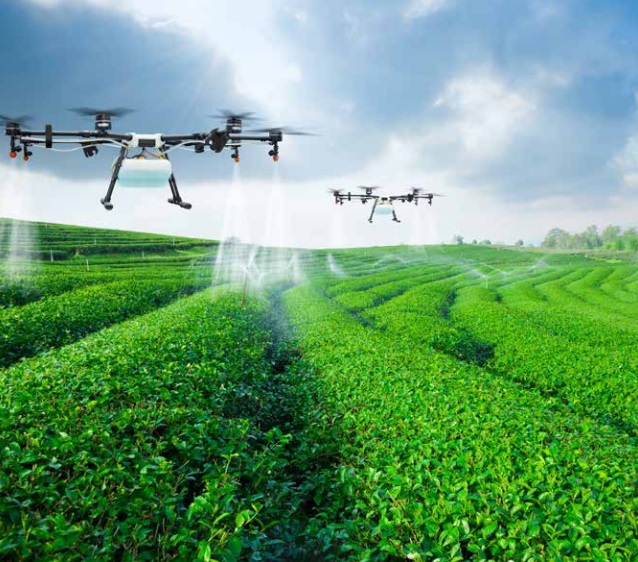 How Africa is Leading the Drone Industry

Drones have become more than just cool-looking flying objects. They are now one of the world’s most publicized and intriguing technologies. Described as unmanned aerial vehicles (UAVs) or unmanned aerial systems (UAS), some are rotor-based, and some have wings.

The real value lies in their ability to quickly and efficiently gather and analyze information on assets, geography, infrastructure, environmental trends, and other important data.

African countries are embracing drone technology, and in doing so are helping to boost the industry by stimulating innovation for a wide range of uses, from journalism through agriculture to humanitarian aid work.

The needs of humanitarian organizations to find technological solutions capable of leapfrogging ageing or antiquated infrastructure in poverty-stricken countries has helped to drive innovation. From monitoring the movement of displaced and vulnerable populations or carrying out search-and-rescue missions in disaster zones; to delivering medical supplies to remote communities, drones now help to improve the lives of millions of people.

While the technology is desperately needed to fight poverty and achieve development and global health goals, there is also a growing sense that the challenges can help spur technological innovation and act as a testing ground for the industry.

Drones for precision agriculture is a farming management concept which is based upon measuring and responding to inter- and intra-field variability in crop and animal production. It is not just the application of new technologies, but rather it is an information revolution that can result in a more precise land mapping and surveying, land tenure and land use planning, inspection monitoring and surveillance, cargo delivery, scientific research, management of agricultural assets and insurance and crop/infrastructure damage assessment.

One novel hybrid solution being tested by Tanzania’s government Medical Stores Department is the Wingcopter. Capable of taking off and landing like a rotor-based aircraft, these have both a fixed-wing and rotors that can pivot forward like propellers when cruising. This is being tested to deliver medical supplies to and from Ukerewe Island, where deliveries are normally at the mercy of infrequent ferries.

In Nigeria’s capital, Lagos, the traffic is so notoriously bad the government is now looking at using drones as a delivery solution. In such a scenario, where obstacle avoidance and precise movement is more important, it may be more appropriate to use rotor-based drones, instead of ones with wings.

It’s not just about getting the right technology for the job, the business model has to be right too. In Rwanda, drones make it possible to cut delivery times from four hours to just 20 minutes. When a mother is haemorrhaging during childbirth, for example, this can mean the difference between life and death. For the government of Rwanda, preventing these kinds of deaths is equally as important as the total cost of delivery.

A lot of countries are considering performance-based regulation, but Rwanda is the first country in the world to implement it for all drones. Tanzania, after seeing the dramatic benefits that drones present, recently turned to Rwanda’s regulatory framework for guidance. One senior aviation safety technician from the Tanzanian Civil Aviation Authority announced: “We have taken the regulatory framework that Rwanda has passed and the work that the Kenyan CAA had done as models for our work. We want to have a flexible, scalable regulatory framework”.

In 2016, South Africa passed drone legislation regulating the sector under the country’s Civil Aviation Authority. The guidelines set training requirements for commercial drone pilots to receive Remote Pilot Licenses (RPLs) for Remotely Piloted Aircraft Systems. At the end of 2017 South Africa had registered 686 RPLs and 663 drone aircraft systems, according to a recent State of Drone Report.

Over the last year and a half Kenya and Ghana issued or updated drone regulatory guidelines and announced future UAV initiatives.